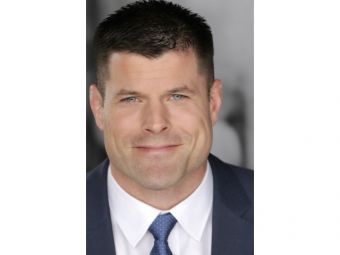 “At Hunt Military Communities, we are consistently seeking to implement industry-leading standards and service to provide the best possible living experience for our military families,” said Guy Arnold, Chief Operating Officer of Hunt Companies Inc. “Mr. Stann brings top-notch leadership, understanding of military life, and passion for his work, all of which will continue to grow and embed these values in the HMC culture.”

Mr. Stann brings 18 years of progressive and dynamic leadership experience with a unique track record. Prior to joining Hunt, Brian served as Chief Operating Officer at FirstKey Homes, a single-family rental REIT that owns and operates more than 32,000 single-family rental homes in 25 U.S. markets.  In this position, Brian was responsible for all company and property operations, including property management, marketing, construction, and platform execution.  He also redesigned all operating procedures while acquiring over 20,000 new homes into the portfolio.

Mr. Stann received a Bachelor of Science degree in Economics from the United States Naval Academy and a Master’s in Business Administration from Northwestern’s Kellogg School of Management.  In 2010, he published a memoir “Heart for the Fight: A Marine Hero’s Journey from the Battlefields of Iraq to Mixed Martial Arts Champion.”

Hunt Military Communities, the largest privatized military housing owner, offers unsurpassed quality and service to more than 165,000 residents in approximately 52,000 homes on Navy, Air Force, Marine Corps, and Army installations across the USA. We do this through our core values: safety, kindness, efficiency, enthusiasm, and selflessness and our 5-Star Service commitment. With a 50-year legacy and a partnership with the Department of Defense, HMC strives to ensure the integrity of our military communities and the families who live there.  For more information, visit www.huntmilitarycommunities.com.