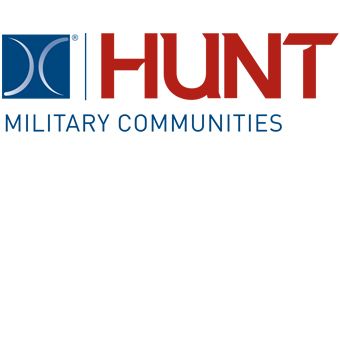 Secretary of Defense Esper and the Secretaries of the Air Force, Army and Navy signed a Resident Bill of Rights on February 25, 2020, which included 15 of the 18 rights Congress mandated for all military families while living in privatized base housing. The declaration is part of the National Defense Authorization Act for the 2020 fiscal year.

“We fully support all of the initiatives outlined in the Department of Defense’s MHPI Resident Bill of Rights, and we have invested significant time and resources toward advancing these initiatives,” said John Ehle, President of Hunt Military Communities. “We remain committed to making further progress and providing the best possible housing for America’s Service Members and their families.”

The Resident Bill of Rights includes a number of initiatives designed to support military members and their families, including the right to reside in a housing unit and a community that meets applicable health and environmental standards, the right to a written lease with clearly defined rental terms, and the right to have sufficient time and opportunity to prepare and be present for move-in and move-out inspections. To view the full Resident Bill of Rights, visit https://www.navy.mil/strategic/Tenant_BillofRights.pdf.

Of note, three rights mandated by Congress were not initially included in the Resident Bill of Rights signed last week because they are still in the process of being developed. Those include the right to access maintenance history, a process for dispute resolution and withholding of rent until disputes are resolved.  Hunt is fully engaged with the DoD in advancing these initiatives and is committed to ensuring they become part of the Resident Bill of Rights.

“We are actively engaged and are working collaboratively with the Department of Defense and other MHPI project owners on a seven-year maintenance history form for residents and on Dispute Resolution Guidelines that allows for withholding of rent,” Ehle added. “Additionally, Hunt is in support of a number of initiatives to standardize and improve the MHPI program for residents, including a Universal Lease and a Universal Mold and Moisture Policy, among others.”

The Resident Bill of Rights takes effect May 1.

Hunt's Military Communities division is a 50-year partnership created between the Department of Defense and Hunt through the Military Housing Privatization Act. As part of the partnership, Hunt owns approximately 52,000 units spread across more than 40 military installations on Navy, Air Force, Marine Corps, and Army installations and is the largest privatized military housing project owner in the nation. For more information, visit www.huntmilitarycommunities.com.